For my returning readers, I decided to break out this final act of TMTC into a whole new fic (to reflect the changing arc of R's paradigmatic shift of thoughts after his failed suicide attempt). You'll notice the tone subtly shifting focus from TMTC's idea of "Love is nothing but a drug!" to Kalidoscopic's exploration of "Hi my name is R, and I'm a recovering addict."

As Morty rightly points out in the final chapter of TMTC "This is still broken as fuck, and I don't know if we can fix it." In this story, however, as our characters try to find something greater than the broken pieces between them, you're also going to get a lot more of the comfort and healing side of hurt/comfort. Thanks for riding out the Dark Side of the Moon.

At its core, TMTC/Kaleidoscopic is a hurt/comfort story about trauma. It's a fic with a problematic ship and flawed characters who are sifting through the pieces of their lives, trying to find something more than the brokenness. The protagonists unglamorously struggle with their own shit and find a way to move forward to the next day. The intergenerational incestuous relationship is a key aspect of the cylcles of violence theme. Substance abuse and various forms of addiction/recovery (exploring adaptive and maladaptive coping) is also a major theme of this fic.

A big theme of TMTC/Kaleidoscopic is looking at the insidious cycles of violence. The cross-generational perpetuation of violence. At its heart, however, this remains a story about both of our characters learning how to not only escape from that vicious cycle but learning to find something greater than it while still, in many ways, being caught within it.

TMTC/Kaleidoscopic is also a fic about identity and creation of self, the protagonists learn to find a new identity in more than just their various traumas, and they learn to help each other find better ways to cope. The angst will be intense at certain points, but the ending will be optimistic in a psychedelic slice of life kind of a way.

Change is another central theme of TMTC/Kaleidoscopic, This slice of life story tries to earnestly look at how arduous and glamorous actual character growth and self-reflection is. As it has previously been the case with Morty, blind optimism can become an insidious pipe dream for those in abusive relationships that keep them trapped within it. 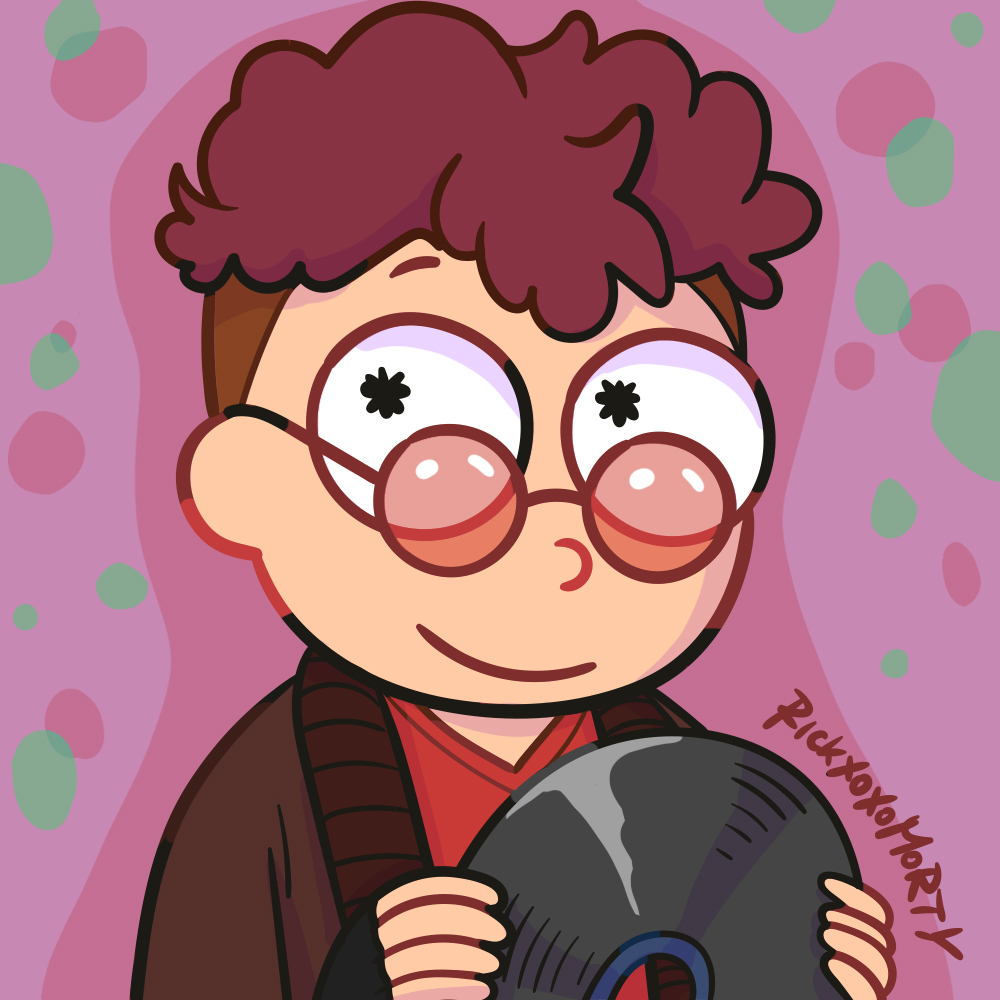 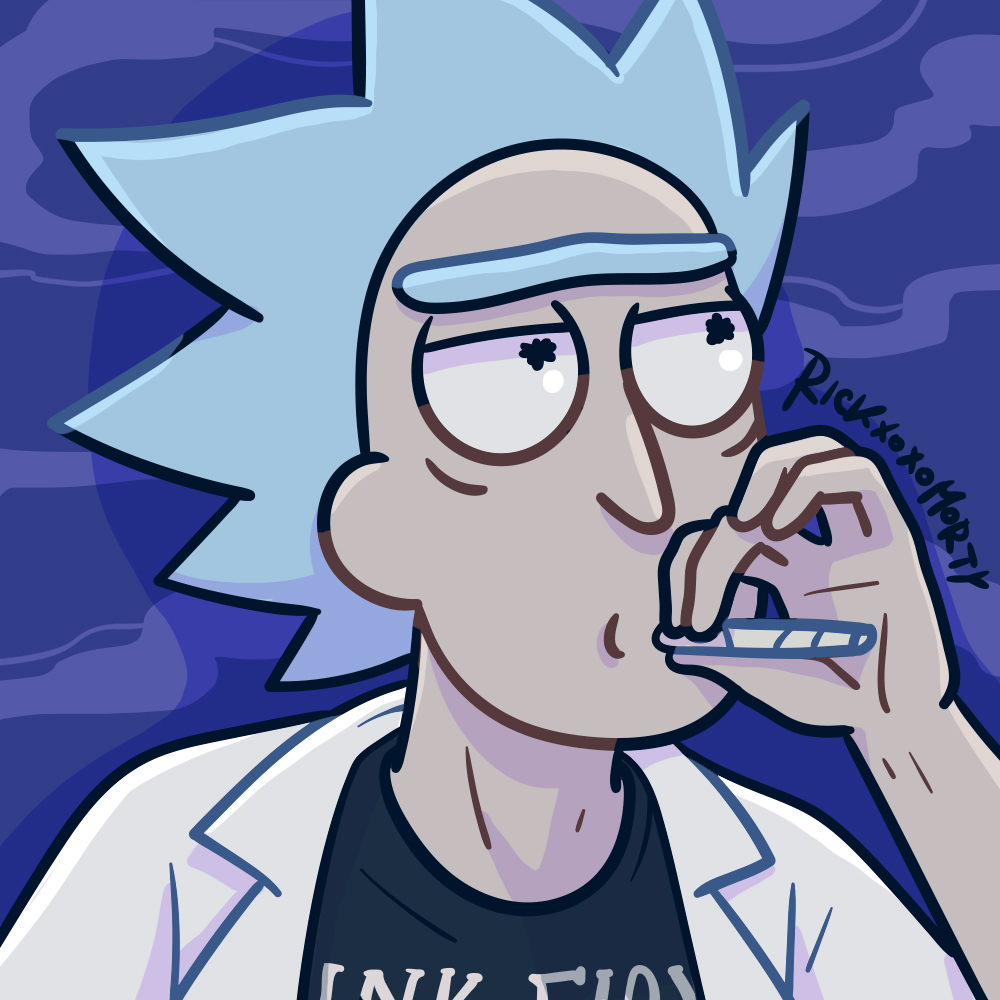 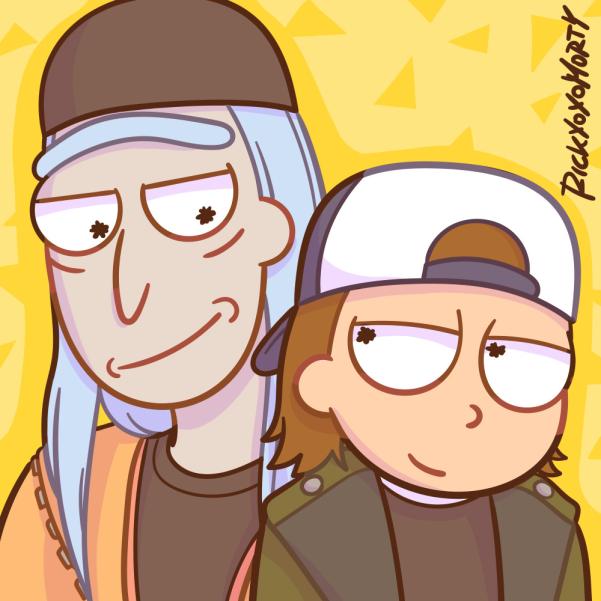 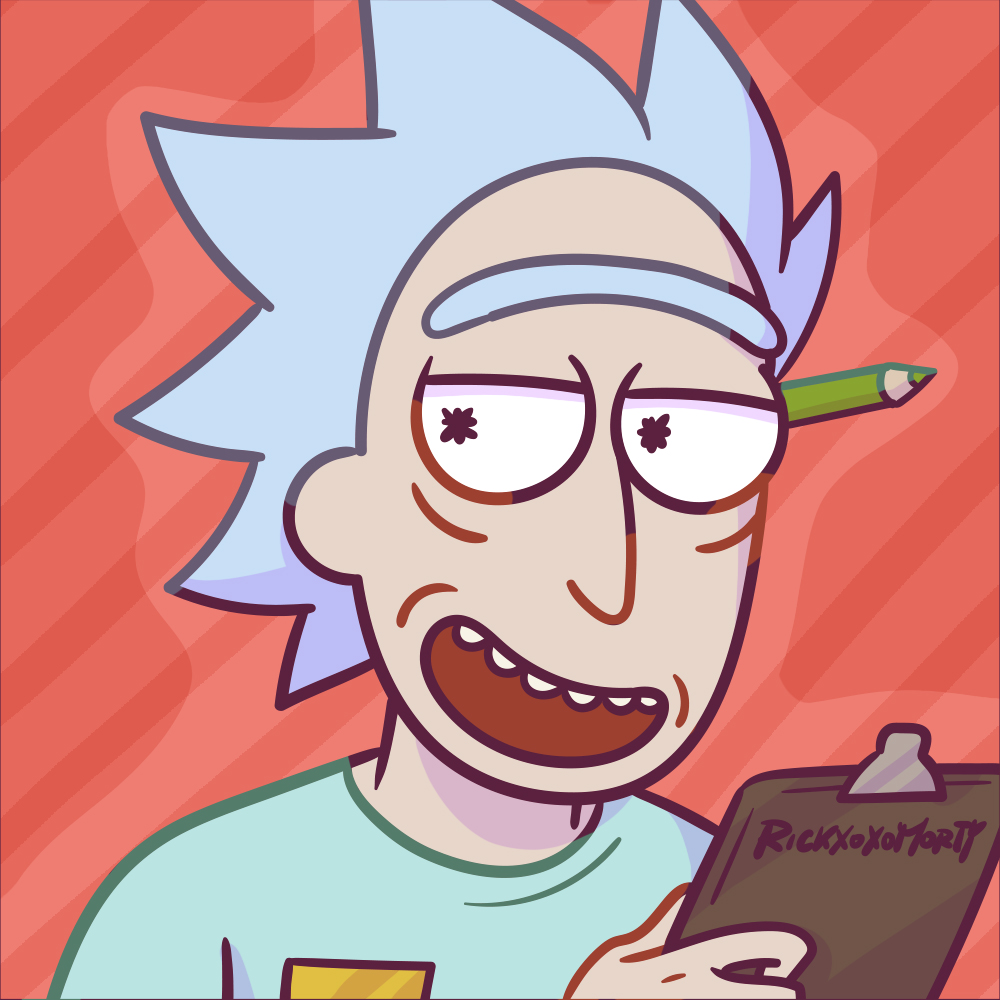 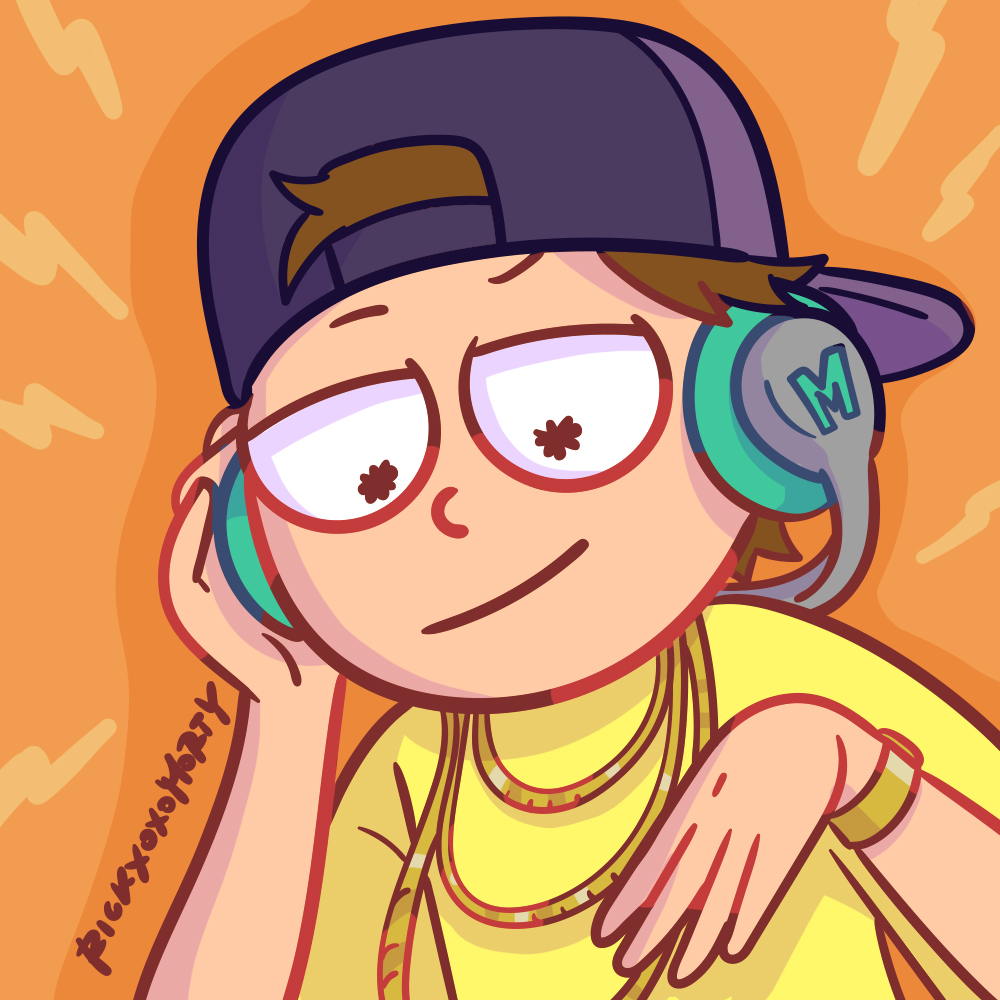 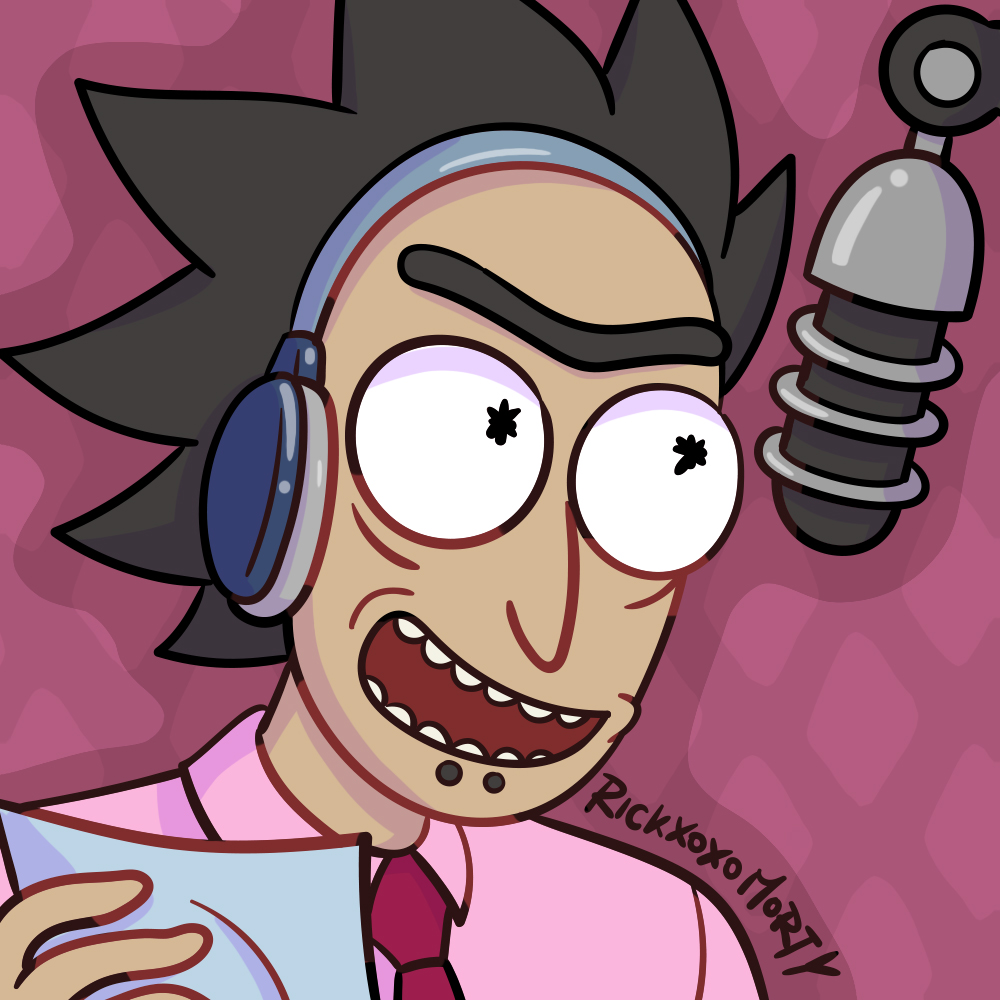 After the suicide attempt, R & Morty learn how to put the peices back together one day at a time.

Songfic 2.0 Music is an integral part of this fic, and below and on the TMTC page you can find more information about the artists and songs that are referenced.

Kaleidoscopic Etymology & Synesthesia: The word "kaleidoscope" is derived from the Ancient Greek kalos, "beautiful, beauty", eidos, "that which is seen: form, shape" and skope, "to look to, to examine." Building onto Morty’s take “There is no Dark Side of The Moon, it’s any color that you like.” This fic will be sifting through the fragmented chaotic colors of their lives as they reflect on them each day. We’re gonna go hard with this thematic metaphor.

Monterey Pop Festival: In 1967, the “Summer of Love” got off to a groovy start. It was day one of the Monterey International Pop Festival, a three-day musical extravaganza that brought together almost 100,000 hippies and music lovers and changed the face of music in America. Spotify did the good work and put the music into a playlist, but you can also watch the documentary filmed over the event here.

R thinks about the historical context of the psychedelic cultural wave (his first love): this is a reference to Fear and Loathing in Las Vegas, a 1998 American psychedelic satirical black comedy road film adapted from Hunter S. Thompson's 1971 novel. R’s take on the cultural wave is that he’s still riding the high, where Thompson was much more pessimistic about how the wave broke into post-modern day Las Vegas. Thompson popularized Gonzo Journalism, which was a style of journalism written without claims of objectivity. I often wonder if this is where Rick and Morty’s reference to Glorzo came from.

Glory to Glorzo: I will forever love Jeff Loveness and his writing contribution to the RAM cannon that was the Glorzo Episode. This weed is a total homage to Glorzo Candide, the piece of art Jeff commissioned of the Glorzos in an alternate universe where they moved to a space farm, started a family, and found happiness (I added the part about the political Cannadide space weed).

Bold as Love (1967): This song discusses many colors: "In shiny metallic purple armor; fiery green gown sneers at the grassy ground." Because of Hendrix's inability to read music (he was self taught), he would often describe emotions (and music) in colors rather than more descriptive words. This suggests he may have had a synesthetic experience with it. He exalts color not only in a poetic way, but also in a spiritual way.

The line "My Yellow is this case is Not so Mellow" is a reference to the Donovan song "Mellow Yellow" and describes Hendrix' inability to express his feelings to a former girlfriend in any conventional way. So Hendrix used colors to describe his feelings of fright, uncertainty and frustration. It's that frustration that leads him to say at the end of the song: "And all of these emotions of mine is holding me from giving my life to a Rainbow like you."

For the purpose of this Fic, it’s interpreted as a song about R being emotionally illiterate, and learning to find the value of emotional intimacy, maturity and intuition. In TMTC, R was controlled by his obsessive need to rationalize every decision, and the resulting decision paralysis prevented him from really experiencing anything in life. Learning how to trust his emotional intelligence, and make seemingly irrational emotion-informed decisions is an act as bold as love, and the leap of faith into it is a huge transitional step for him in terms of growth.

Sound & Color (2013): Alabama Shakes borrowed inspiration from mid-20th century rhythm and blues. Alongside Howard's (lead singer’s) voice, the songs were compared to artists such as Janis Joplin, Otis Redding, and Aretha Franklin. Howard herself took inspiration from Bon Scott of AC/DC in her vocal style, praising his "soulful" way of singing.

Kaleidoscope (2015): Coldplay’s Martin told The Wall Street Journal that the poem helped him get through the breakdown of his marriage to Gwyneth Paltrow, which left him feeling "depressed and overwhelmed." "It kind of changed my life," he said of the work. "It says that everything that happens to you is OK.” The Guest House is about accepting the negative along with the positive," he continued. "It's about every feeling that you have being a gift. Self-doubt and depression as well as all the joyful feelings are all useful if you can harness them.” I thought this was a great thematic tone to set for R as he transitions into figuring out how to reconcile the overwhelming feeling of continuing to live and breath.

The Grateful Dead: The Grateful Dead were San Francisco’s most representative rock band in the 1960s, when that city was at the center of a musical revolution. The Dead became inextricably linked with Flower Power, peace and love. Garcia spotted the phrase “grateful dead,” which the band later discovered to be from an Egyptian prayer and the name stuck.

Ripple/Grateful Dead: This song, One of the ultimate peace-and-love hippie anthems, was reportedly conceived during a drinking binge. Hunter was not a performing member of the band, but wrote the lyrics to many of their songs. Hunter's words were often very poetic, lending themselves to interpretation. In this song, he writes abo

Monday Monday (1966): Monterey Pop was organized by Lou Adler and the late John Phillips of the Mamas and the Papas. Without them, 1967’s Summer of Love might have never happened. The festival closed with them singing dancing in the street. Denny Doherty thought very little of "Monday Monday" when they recorded it. "Nobody likes Monday, so I thought it was just a song about the working man." They released this song right before “California Dreaming” Which was soon to be their claim to fame.

Glory To Glorzo & Dan Harmon Music: Glory To Glorzo borrows inspiration from the political protest music of the 1960-1970’s that Dan Harmon was born into. His deep love of music as a creative tool fucking sends me, I made a youtube playlist so that you, too can appreciate Dan’s creative musical genius for what it is: grom beans in outer space to fucking old people, Dan has sung about it all.

Citadel (1967): Coming off the Rolling Stone’s 1967 psychedelic album (read: phase), “Citadel” sports a heavy electric riff which powers through the song’s entirety. “Citadel” provides a glimpse into a dark and chaotic world and Mick Jagger’s vocals describe a character ignoring the outside world in favor of his personal haven. I thought this was a great musical backdrop to Rick reminding Morty of where they all were (The Citadel of Ricks) with the cautionary, “don’t get addicted to the chaos.”

Radio Rick: R often mentions that he had an explosive summer fling with the Rick on the Radio. You can read that interconnected Starry AU story here.

Rick & Silent Morty: Are recurring characters in the Starry AU, you can see their fic constellation here.

R’s Record Store: For those who haven’t read TMTC, R owns a record store, (he’s Record Store Rick). He just left the name at R’s, figuring it was cool and trendy. 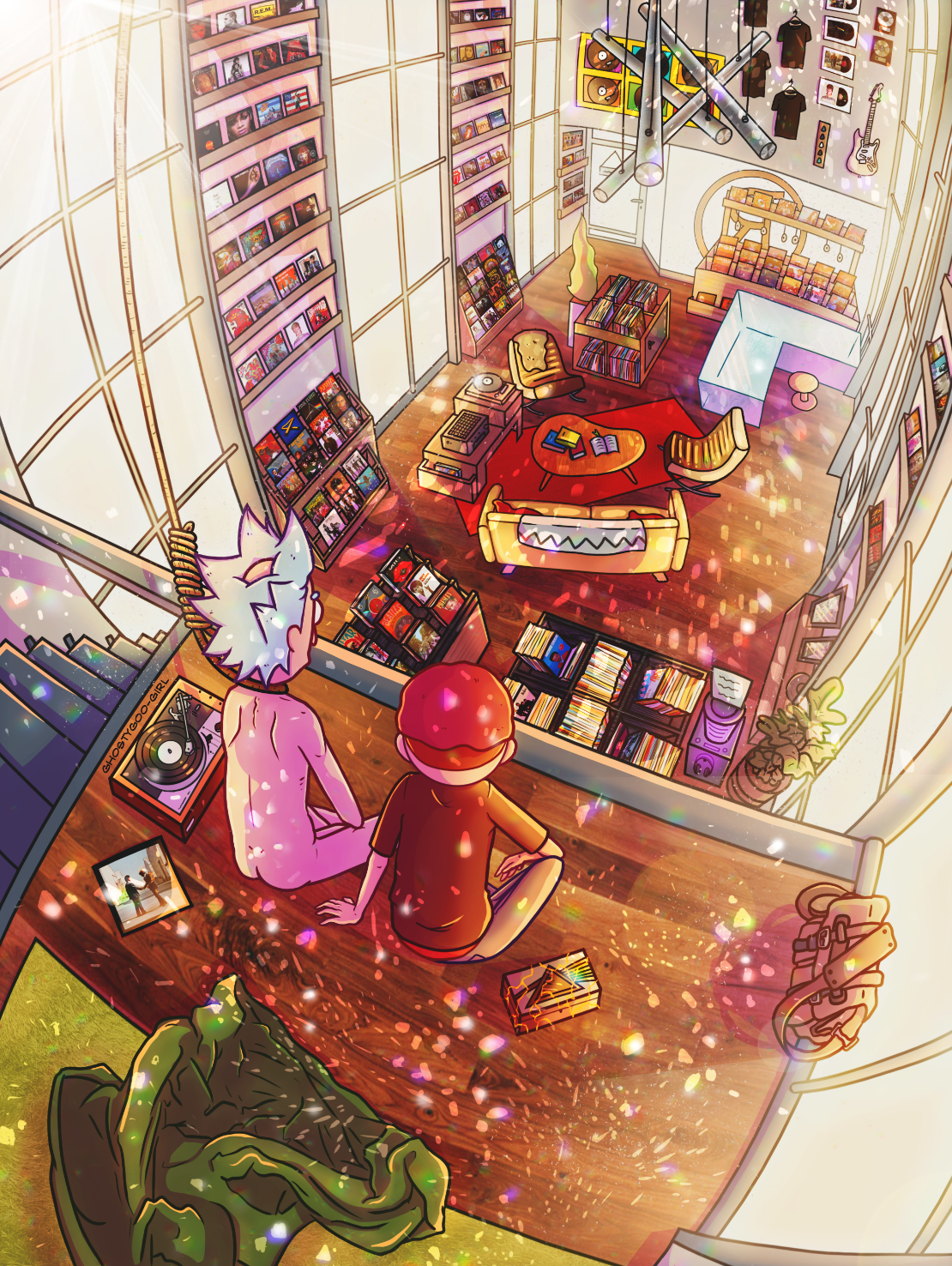 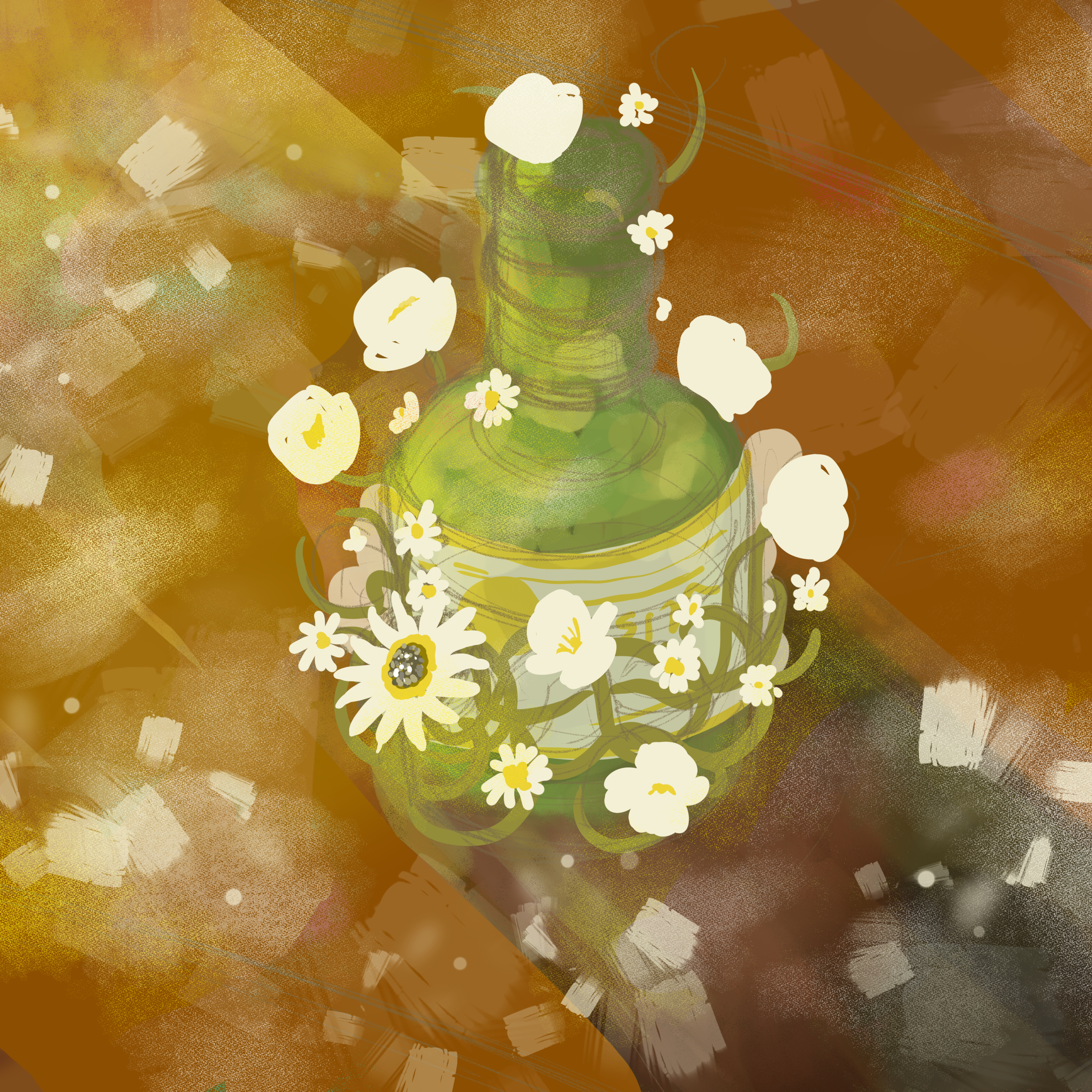 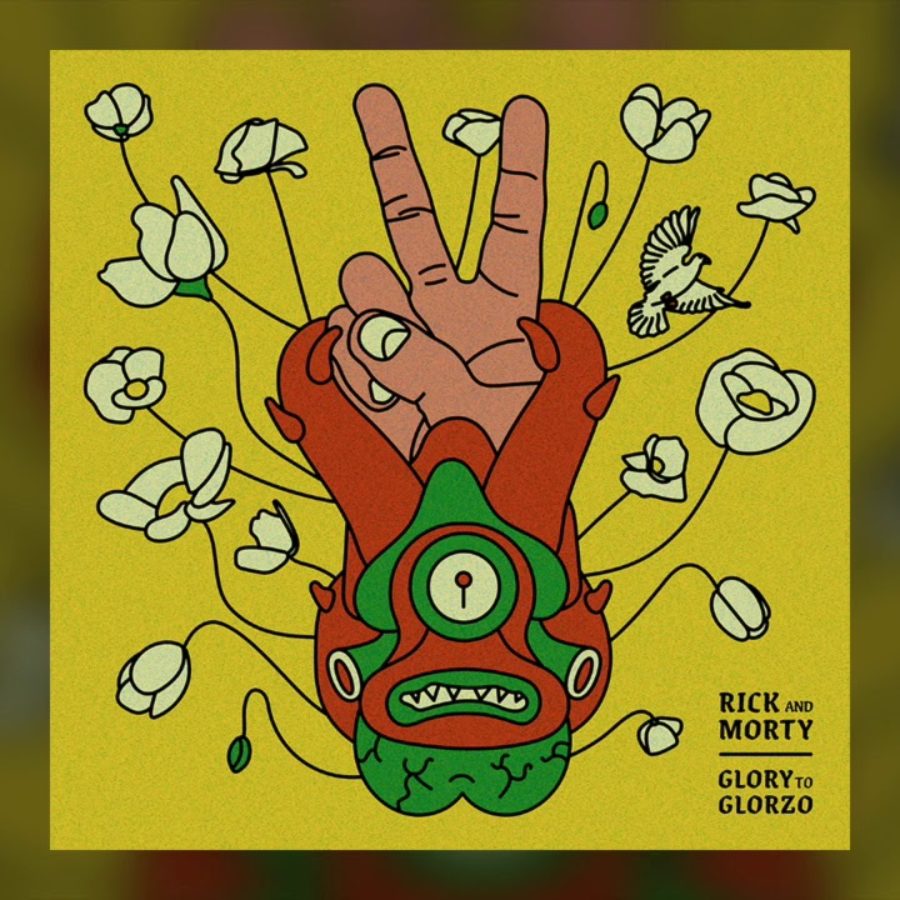 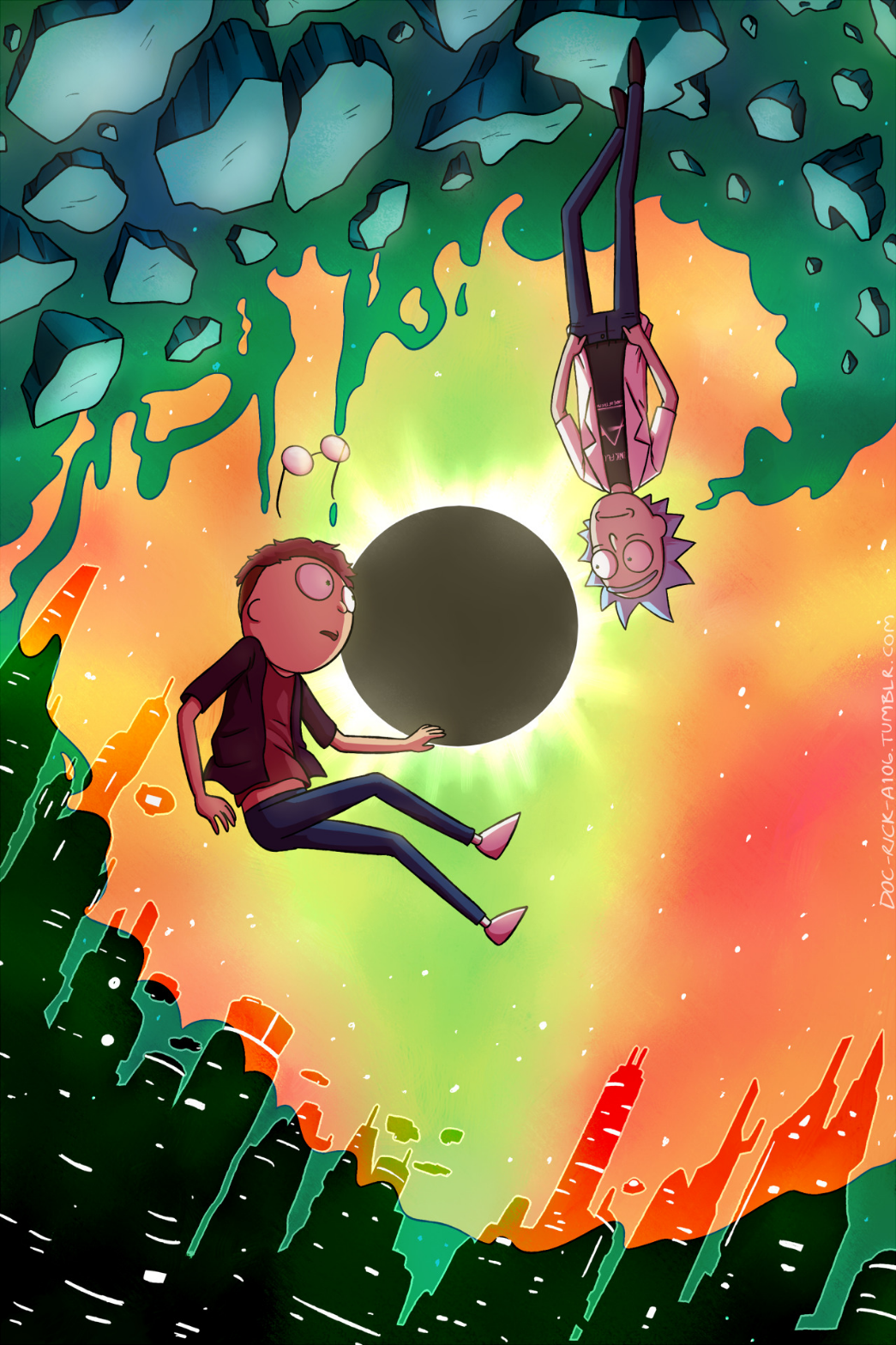 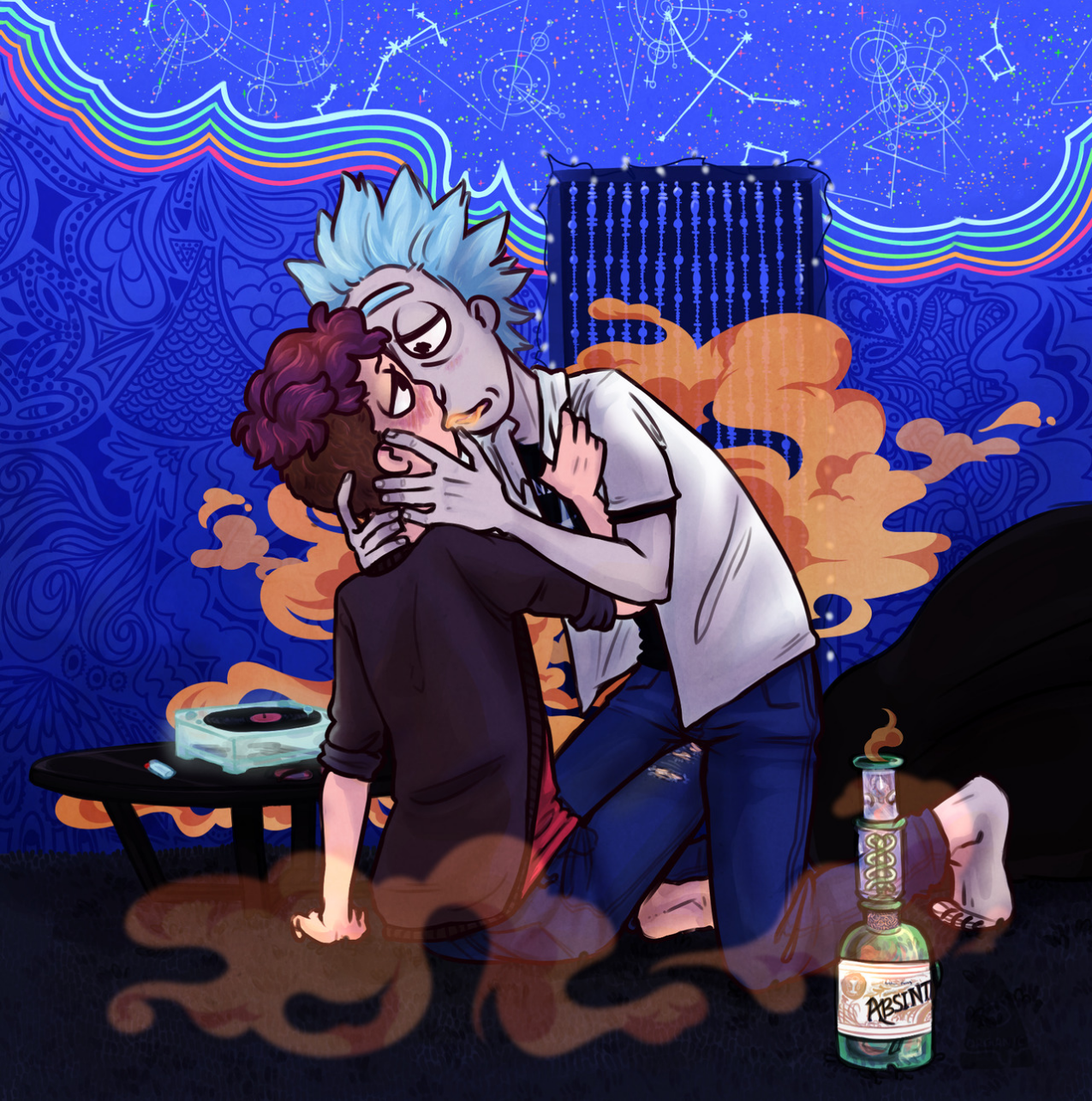 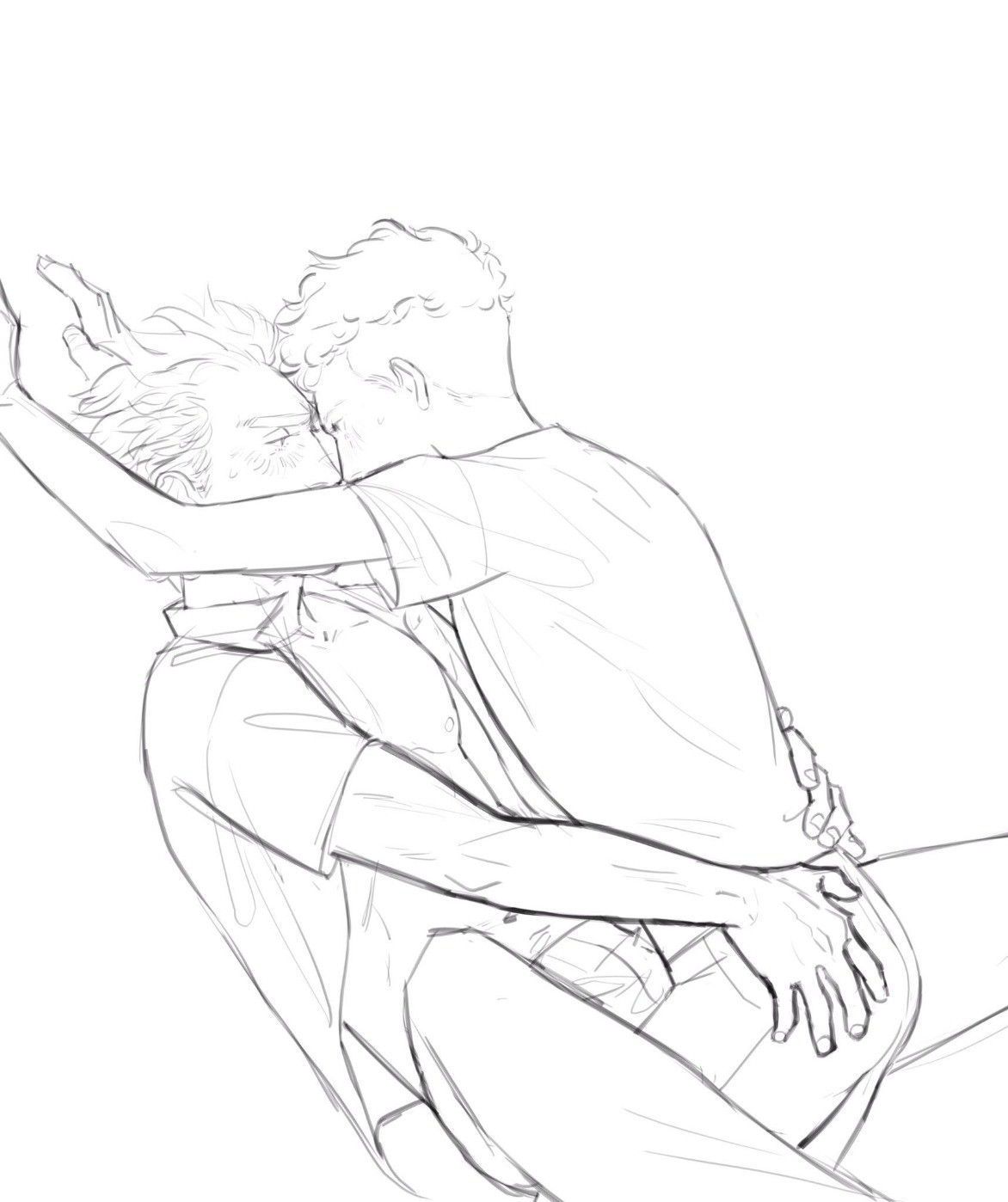 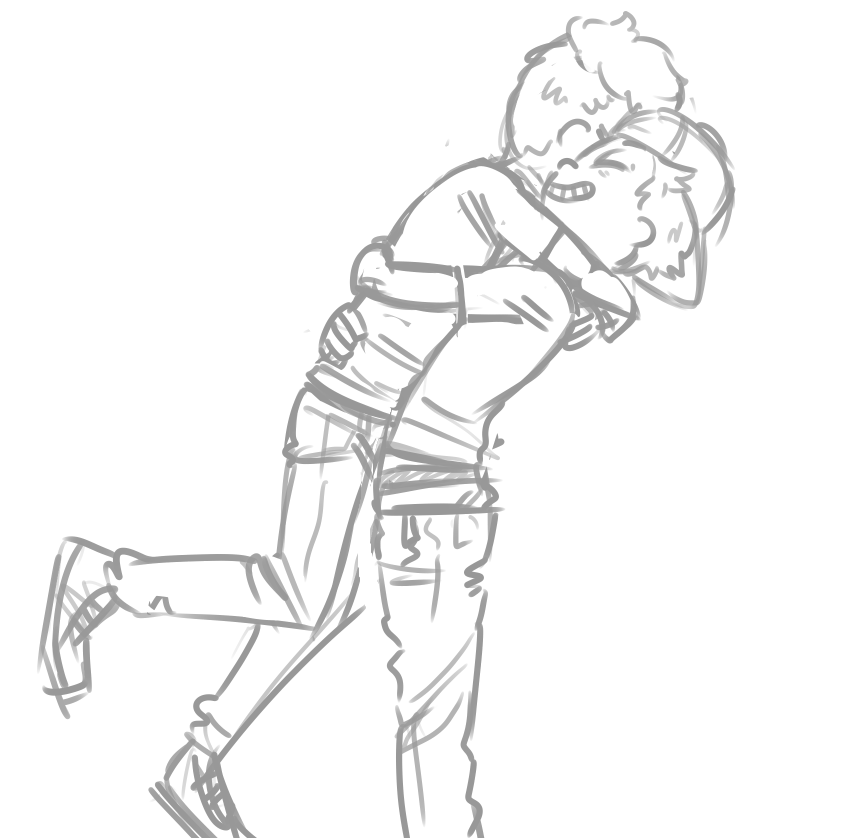 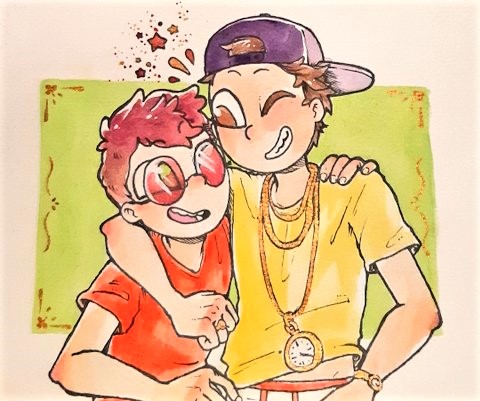 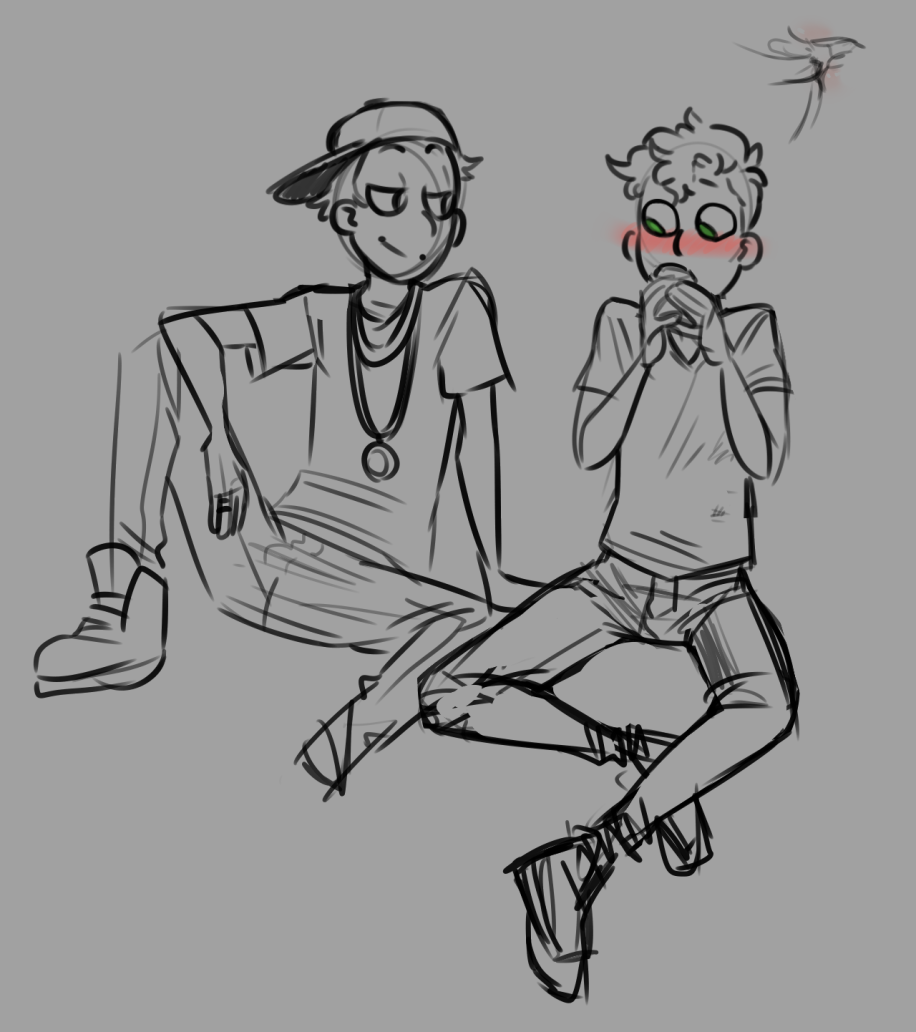 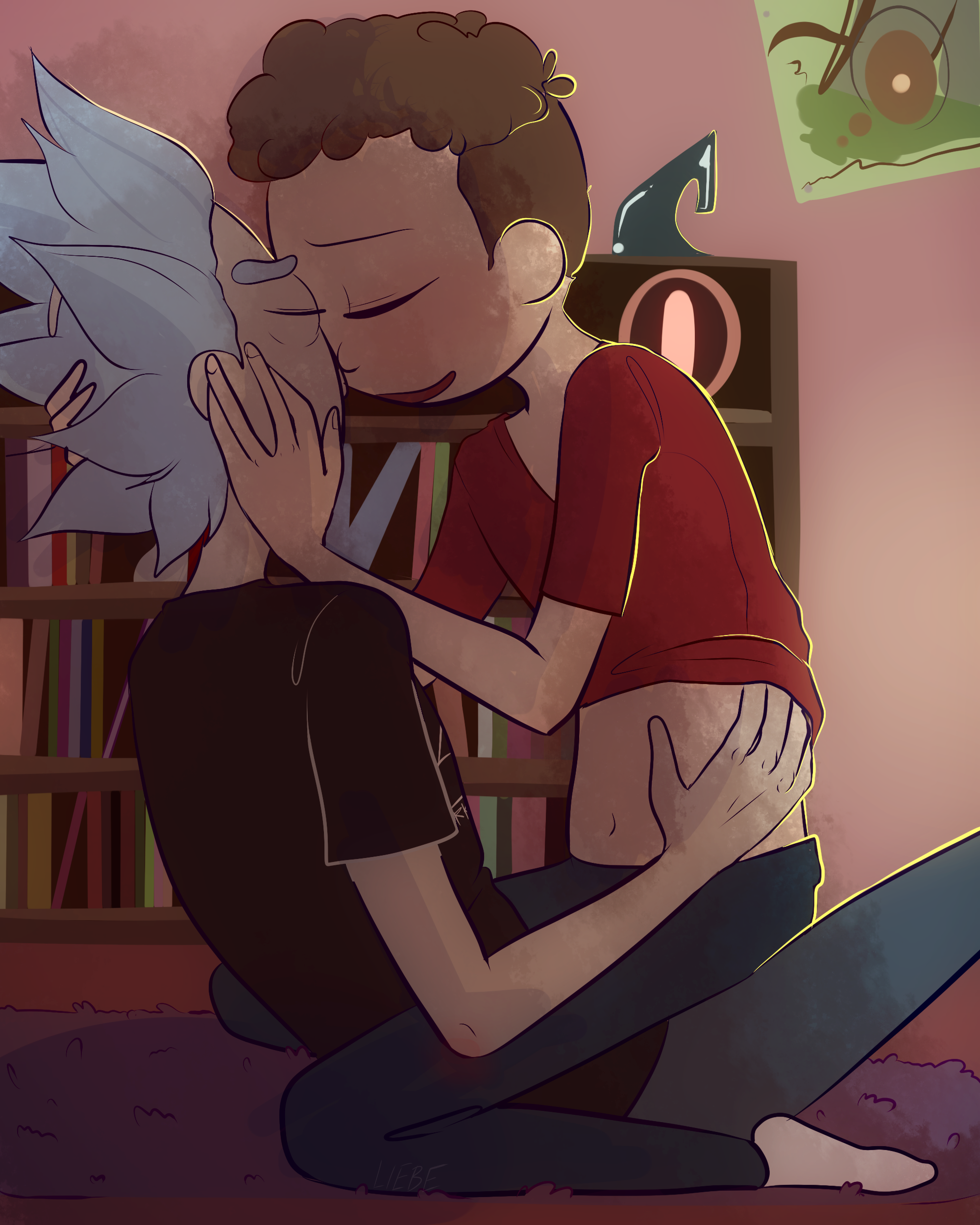 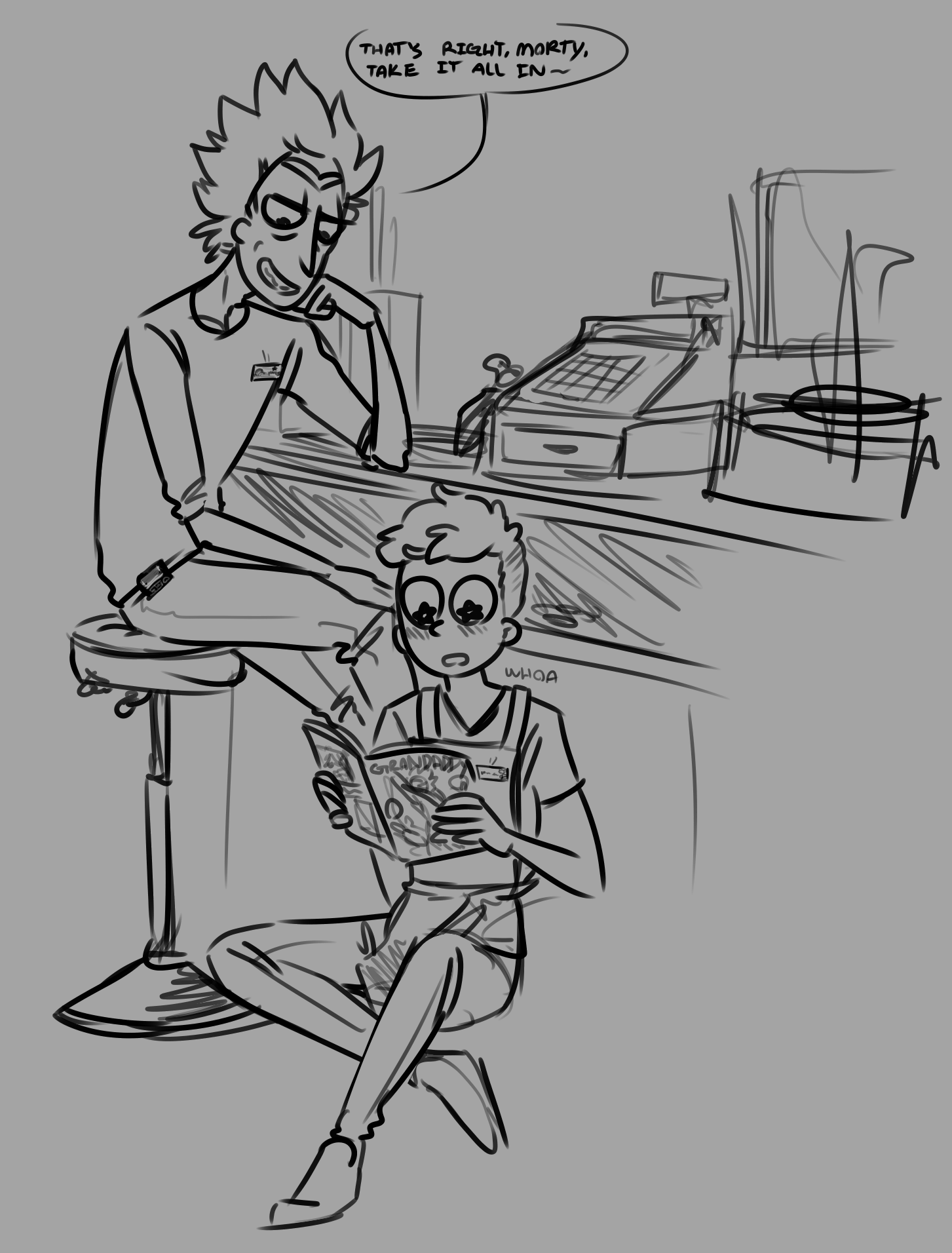 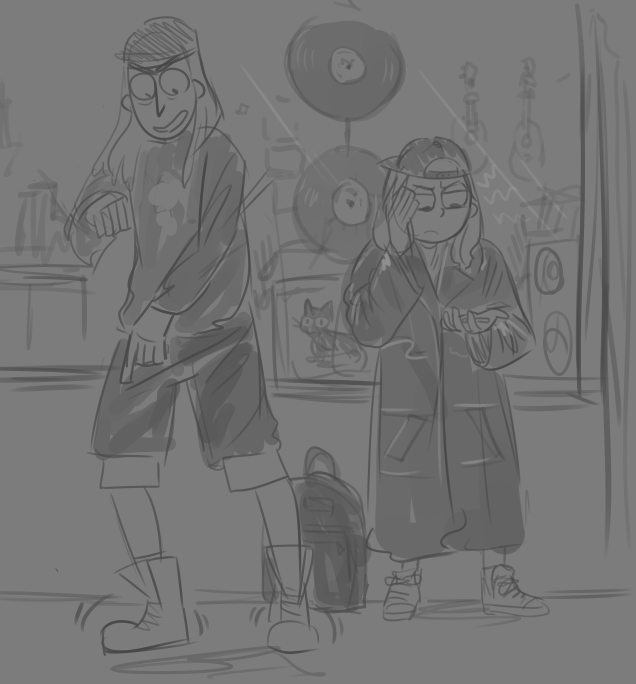 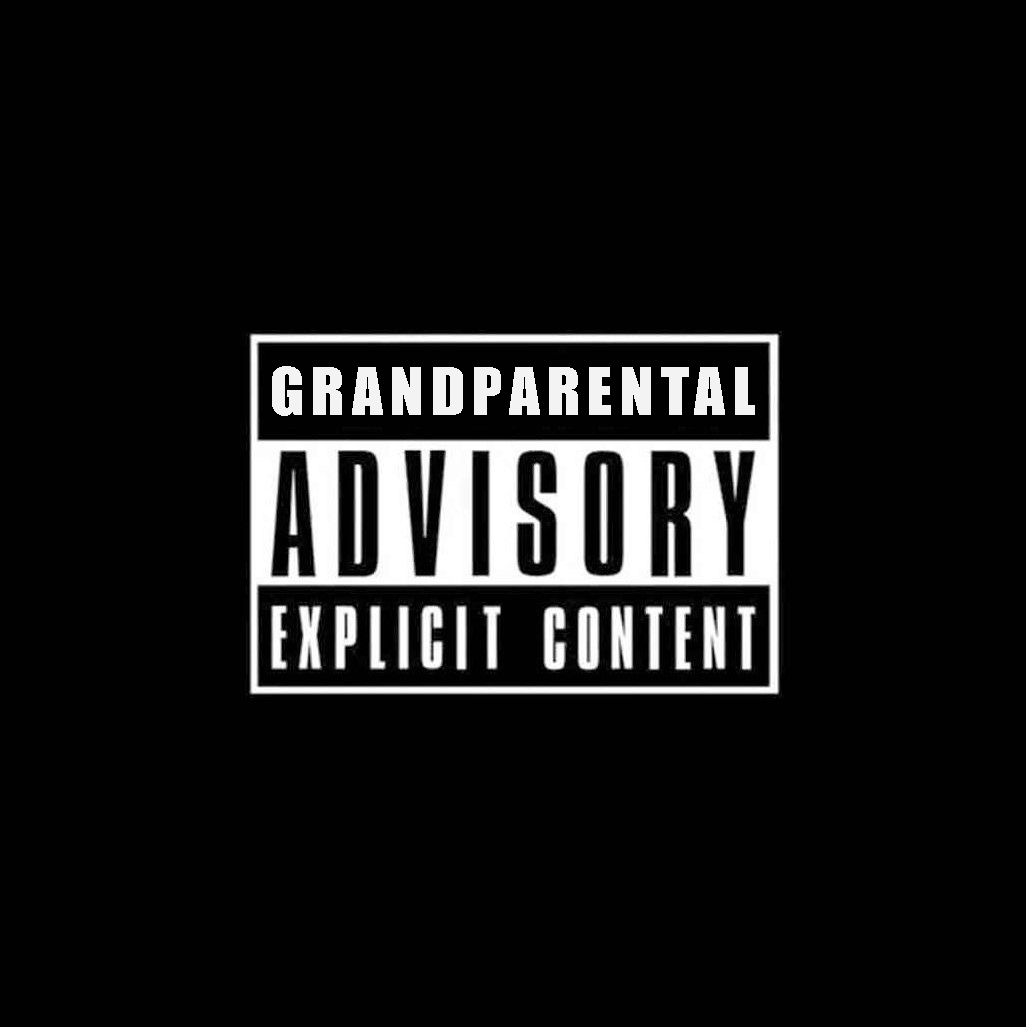 This fic has a particular thematic focus on sound, color and emotions. Most of the songs in this fic were released between 1967-1971 (The Summer of Love). Rhianna is a big focus for Music Morty's songs.