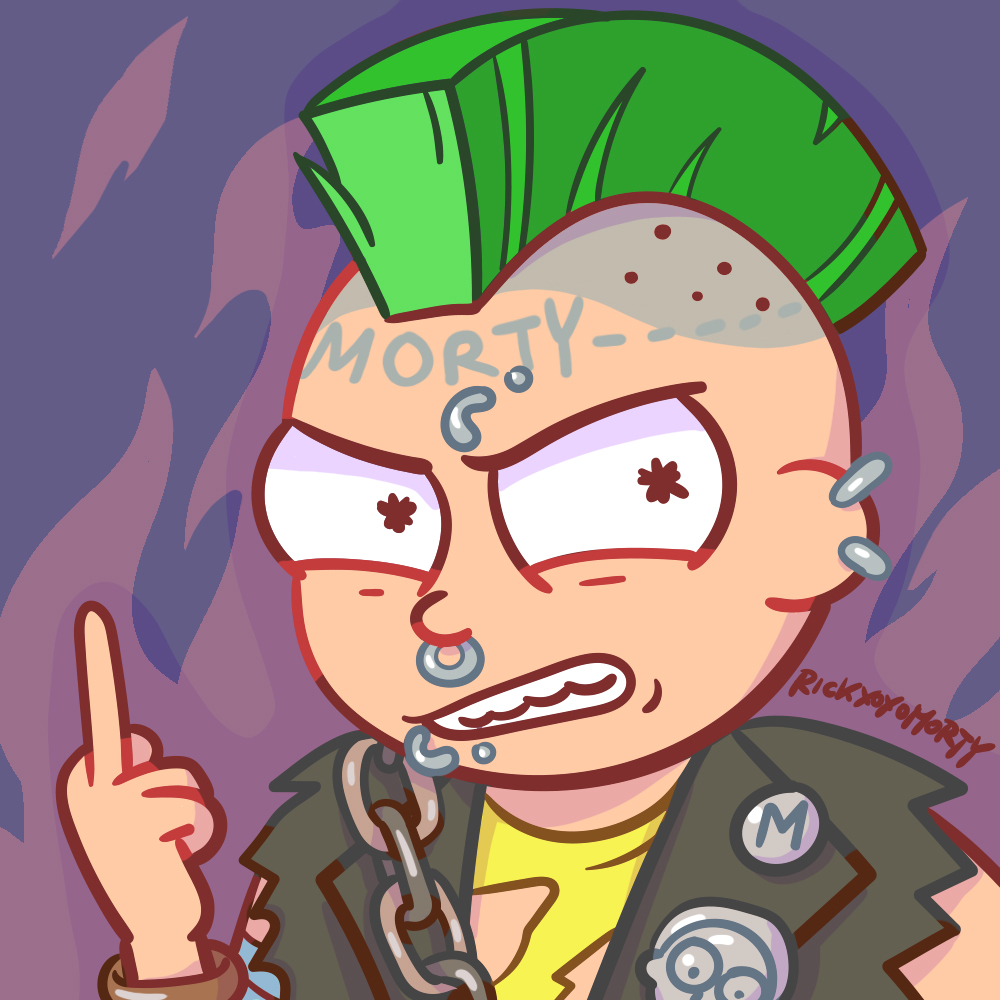 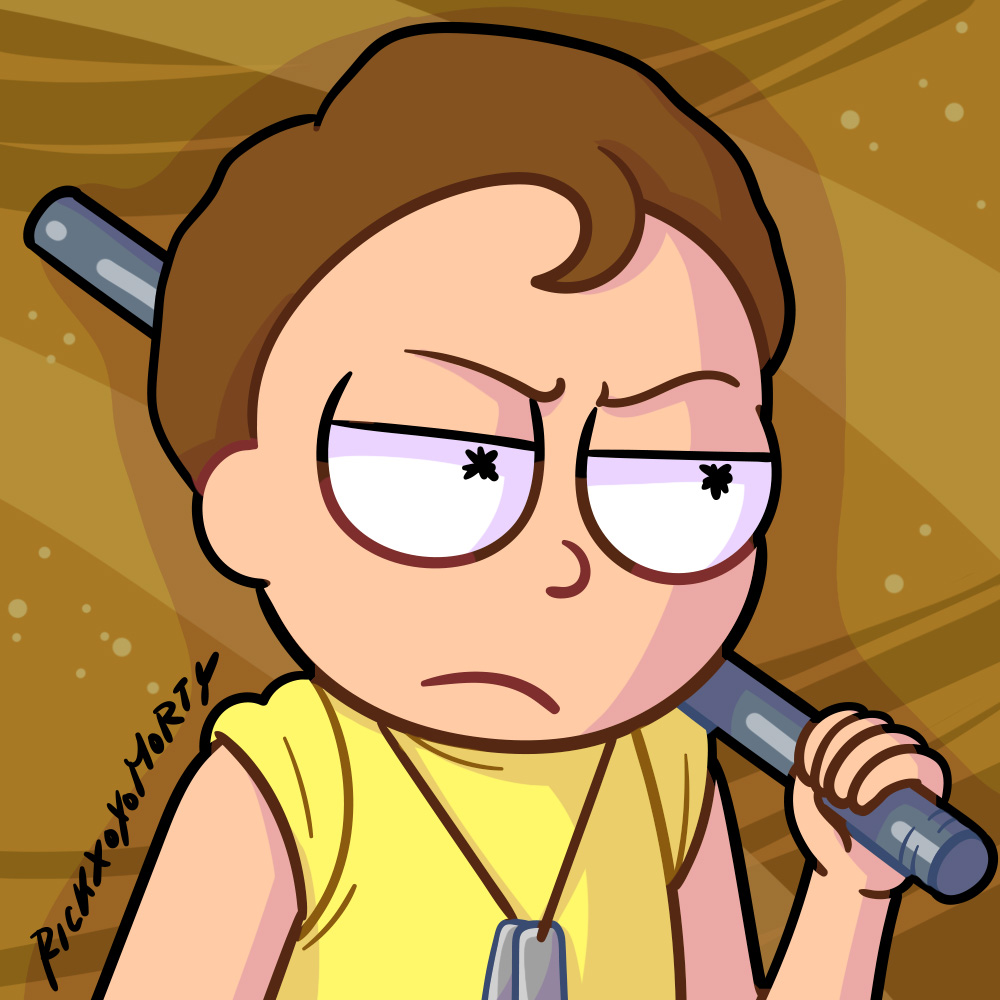 Punk Morty is angry at the system and the Citadel Guard responsible for the death of his Rick. He embraces the idea of being the literal trash of Citadel society and uses that passionate rage to fuel his music. Likes to participate in the occasional slam dancing at The Core or Rick's Tavern when he wants to blow off some steam.

He's a dead-end Morty, outletting his emotions however he can best get rid of them. He know's he missed the trash of Citadel society, but that doesn't mean others who listen to his music also have to be. He hopes that by singing with honesty about how things really are on the Citadel, other Morty's can see the pitfalls and avoid them, even if it means a few brush ups with CPF officers. 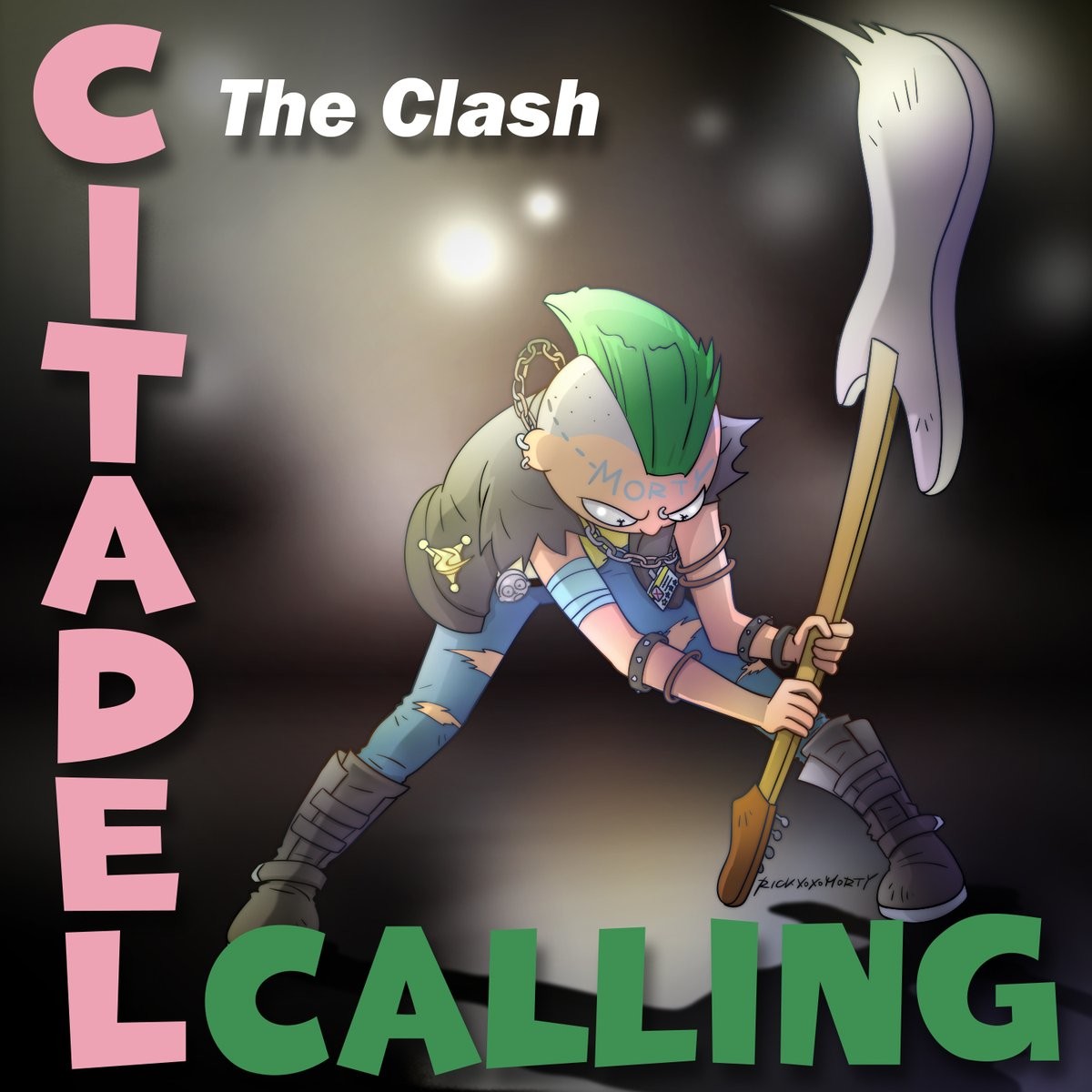 Punk Morty's Playlist, songs I HC he plays at The Core.

There is going to be a punk Morticia in this fic, I swear.